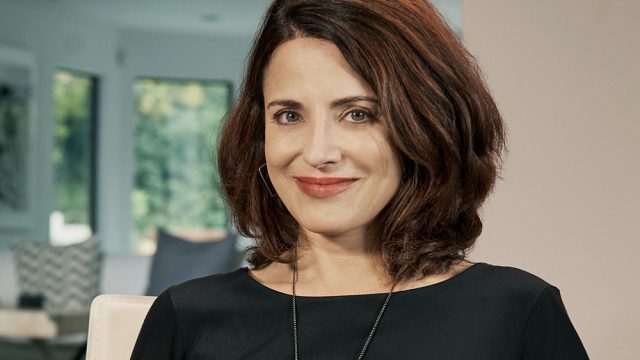 Alanna Ubach’s height and other measurements are visible in the table below. Check it out!

Alanna Ubach is an American actress. She is best known for roles such as Mama Imelda in Coco, Serena McGuire in Legally Blonde and Isabel Villalobos in Meet the Fockers. She also starred on the Nickelodeon sitcom See Dad Run (2012–2015). She has also done voice work in The Spectacular Spider-Man, El Tigre: The Adventures of Manny Rivera, Brandy & Mr. Whiskers, Ozzy & Drix, Pound Puppies, Rango, and Welcome to the Wayne. Born Alanna Noel Ubach on October 3, 1975 in Downey, California, USA, to parents Sidna and Rodolfo Ubach, she is of Puerto Rico descent on her father’s side, and of Mexican descent on her mother’s side. She has an older sister named Athena. She attended USC film school, but dropped out after one semester. She is married to Thom Russo with whom she has one son, Thomas Rodolfo Russo III.

My mother was born in Sinaloa, and she moved to Los Angeles when she was three years old. My father was born in San Juan, Puerto Rico, and moved here when he was 19. They met at the Palladium in Hollywood, and they’ve been together from that moment on.

I’ve always wanted to act since I was little.

When I get a role, I try to delve as deeply as possible into the character.

I act with my gut instincts.