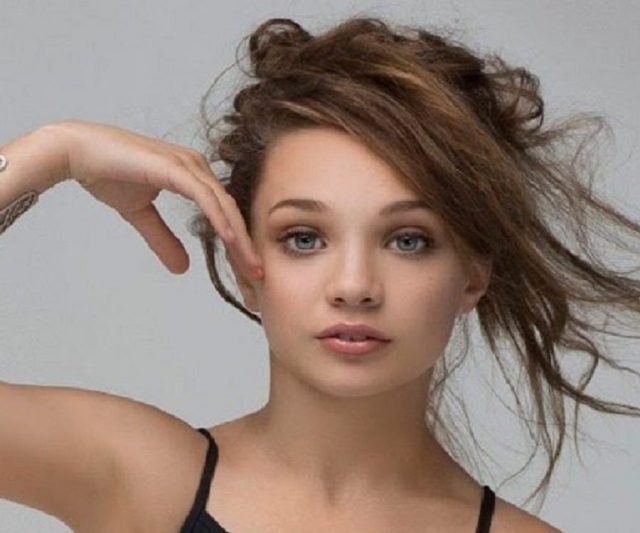 Maddie Ziegler’s height and other measurements are visible in the table below. Check it out!

Maddie Ziegler is an American dancer, model and actress. She first achieved recognition for appearing in Lifetime’s reality show Dance Moms from 2011 until 2016. She received further recognition for starring in a series of music videos by Sia, including “Chandelier” and “Elastic Heart”. In 2016, she provided the voice of Camille Le Haut in the animated film Ballerina, and starred as Christina in the feature film The Book of Henry (2017). Born Madison Nicole Ziegler on September 30, 2002 in Pittsburgh, Pennsylvania, USA, to parents Melissa Gisoni and Kurt Ziegler, she belongs to German, Italian, Polish, and Scottish descent. She started dancing at the age of two. Her mother enrolled her and her younger sister, Mackenzie Ziegler, in dance classes at a local studio. She dated Instagram star Jack Kelly from 2017 until mid 2018.

I never knew that I would be performing on talk shows with Sia.

All I do is watch dance videos. I love Ricky Ubeda, who is a contemporary dancer, and I also love Madison Cubbage. They inspire me to work harder every day.

I like Sam Smith and Taylor Swift. I love pop music, but I also like Sam Smith’s slow songs. That would be more to dance to. I think dancers like different genres of music, compared to just a regular person.

My dance teacher will show me pictures of girls who are rhythmic gymnasts, and they are super skinny. But I don’t want to be too skinny. I think that looks a little gross when you are dancing. You don’t want to be a scrawny, bony thing.