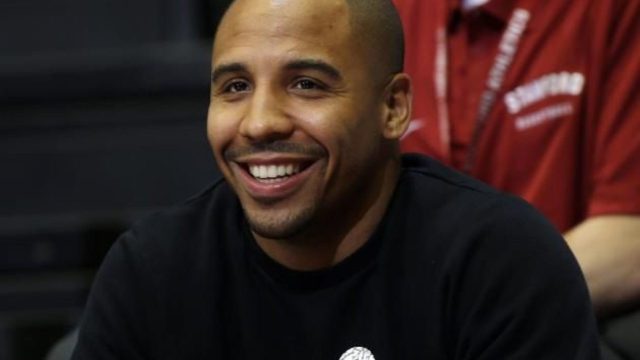 Andre Ward’s height and other measurements are visible in the table below. Check it out!

Andre Ward is an American former professional boxer who competed from 2004 to 2017, and retired with an undefeated record. He was the WBA, WBC and The Ring Super Middleweight champion. He won the gold medal at the 2004 Summer Olympics in the light heavyweight class and turned professional on December 18, 2004. As an amateur boxer, he compiled a 115-5 record. In 2015, he made his acting debut, playing the boxer Danny “Stuntman” Wheeler in the sports drama movie, Creed. Born Andre Michael Ward on February 23, 1984 in San Francisco, California, USA to parents Madeline Arvie Taylor and Frank Ward, he has one brother named Jonathan. He is of Irish American descent on his father’s side, and of African American descent on his mother’s side. He attended the Hayward High School in the East Bay. On December 18, 2004, he made his debut as a pro in a bout against Chris Molina, and retired from boxing without having lost a single professional boxing match. In 2009, he married Tiffiney Ward. They have four children: three sons and one daughter.

My legacy is almost like a personal challenge to go as far as I can go.

Boxing is a lonely sport.

It’s not all the time, but you get a sense when you’re reading something that it’s no longer about boxing or the performance. It’s personal.

Anyone can be a Son Of God if they wish to be and have the faith. I need to articulate this so everyone understands.

A lot of times in America, we work on bully muscles. We want the big muscles and the stuff that looks good. But we don’t focus on the little things. But that’s the stuff that sustains you and keeps you strong.