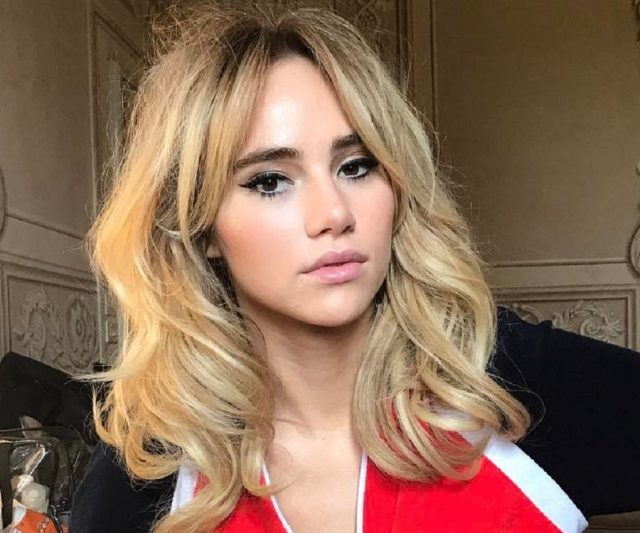 Suki Waterhouse’s shoe size and other measurements are visible in the table below. Check it out!

Suki Waterhouse is a British model and actress who has worked for brands including Tommy Hilfiger, H&M, Swatch, Lucy in Disguise, Alice + Olivia, Coast, Max Studio, Sass & bide, Caterina Gatta and Pepe Jeans. She has appeared on several magazine covers including British, Korean, Thai, Taiwanese and Turkish Vogue, Tatler, British and Korean Elle as well as Lucky, L’Officiel, American Marie Claire, French Grazia and 1883 Magazine. Aside from her career as a model, Suki has also acted in films like Love, Rosie (2014), The Divergent Series: Insurgent (2015), Pride and Prejudice and Zombies (2016), Absolutely Fabulous: The Movie (2016), The Bad Batch (2016), The Girl Who Invented Kissing (2017), Billionaire Boys Club (2018), and Jonathan (2018). Born Alice Suki Waterhouse on January 5, 1992 in Hammersmith, London, England, UK, to parents Elizabeth and Norman Waterhouse, she was raised in Chiswick, London. She has a brother named Charlie, and two younger sisters named Imogen and Madeleine. She began her modelling career after being discovered in a pub in London when she was 16. She was in a relationship with actor Bradley Cooper from 2013 to 2015. She later dated Mexican actor Diego Luna from 2015 until 2017.

I’ve been wearing Supergas forever. I’m always in flats, running around, so it makes sense for me.

I have a playlist for every mood.

My problem is that what I like changes from week to week. Even the stuff in my suitcase right now I don’t like any more.

I believe we are most beautiful when we are constantly shedding our old selves and moving into new light.

I sometimes laugh at the fact that people say I have good style.