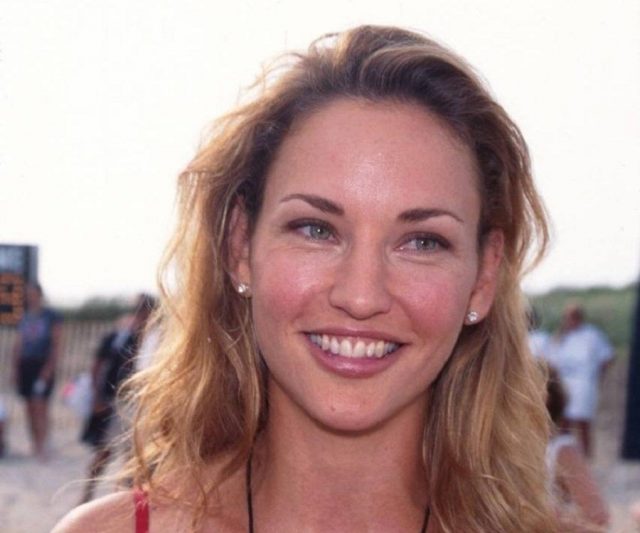 Jill Goodacre’s weight and other measurements are visible in the table below. Check it out!

Jill Goodacre is an American actress and former model who was one of the main models for Victoria’s Secret during the late 1980s and early 1990s. She appeared as herself on an episode of the American sitcom Friends in 1994. She also appeared in a couple of her husband’s music videos. Born on March 29, 1964 in Lubbock, Texas, USA, to parents Glenna and William Goodacre, she was raised in Boulder, Colorado. She has one brother named Tim. Goodacre was educated at Fairview High School. She is married to Harry Connick Jr. with whom she has three daughters, Charlotte, Georgia and Sara.