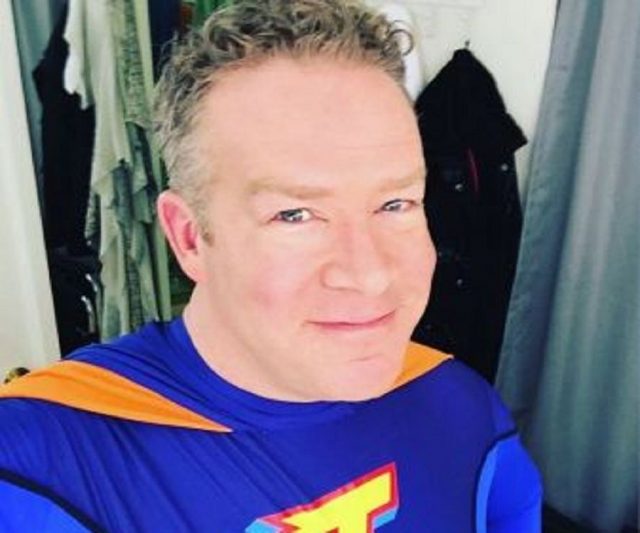 Chris Tallman’s shoe size and other measurements are visible in the table below. Check it out!

Chris Tallman is an American actor and comedian who starred as Hank Thunderman on the Nickelodeon series The Thundermans. He regularly appeared on the Comedy Central programs Crossballs and Reno 911!. He wrote, directed, co-produced and starred in the popular Channel 101 series Time Belt. He has also appeared as a guest-star in several television shows such as House, Parks and Recreation, The Sarah Silverman Show, Emily’s Reasons Why Not, Angel, How I Met Your Mother, The King of Queens, and Frank TV. Born Christopher Tallman on September 22, 1970 in Madison, Wisconsin, USA, to Sally Probasco and Topf Wells, he attended and graduated from Madison West High School. He began performing with several theatre groups in Madison and was a member of Madison ComedySportz. He married Sarah Stanard in 2006. They have two children.