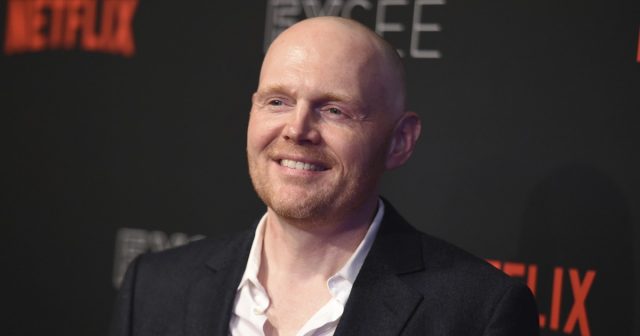 Bill Burr’s height and other measurements are visible in the table below. Check it out!

Bill Burr is an American stand-up comedian, actor and podcaster, best known for his portrayal of Patrick Kuby in the crime drama series Breaking Bad. Bill is also known for creating and starring in the Netflix animated comedy-drama television series F Is for Family. He has also done voice work in Grand Theft Auto IV and Grand Theft Auto: The Lost and Damned. He was a regular on Chappelle’s Show during its brief run. Born William Frederic Burr on June 10, 1968 in Canton, Massachusetts, USA, to parents Linda Wigent and Robert Edmund Burr, he belongs to Irish, French and German descent. He was educated at Canton High School and Emerson College in Boston, Massachusetts. He used to work as a dental assistant for a short period of time before beginning a career in comedy in Boston. He has been married to Nia Renee Hill since October 2013. Together they have one daughter, Lola Burr.

I think some people really change when they become a dad. Like, I’ve changed in different ways. I – but, like, my comedy hasn’t changed. And I’ve also seen people do that where you become this – you become a dad, and then all of a sudden, you’re trying to be a role model.

A plumber doesn’t change the way he plumbs when he has a kid. You’re a comedian. This is your style.

You have to show up at 7 in the morning and be on like it’s 9 at night. It’s a skill. Some comics run from it, and they hate doing it, but the comics that are pros understand how important it is, and they get good at it.

Did you ever spell a word so bad that your spell check has absolutely no clue what you’re trying to spell? What do you end up getting, you end up getting, like, a question mark. You got a million dollars of technology just looking back at you like, ‘You got me, buddy. Which is pretty amazing because I have all the words.’

Stand up comedy is this thing you get to do, so you have to treat it with respect. You can’t just be like, ‘Alright, I got my hour down, people are coming to see me now. Now, I’m going to lean on the mike stand.’ No, you gotta work even harder now. You got to top what you already did. Because they’ll find someone else.