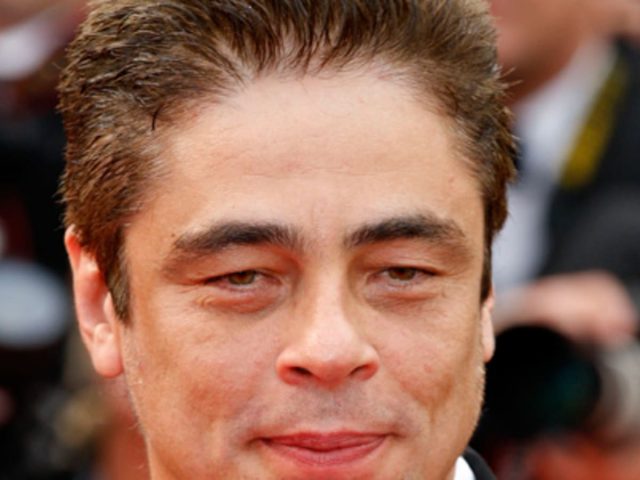 Benicio Del Toro’s shoe size and other measurements are visible in the table below. Check it out!

Benicio Del Toro is a Puerto Rican-born actor. He is best known for his roles in the films The Usual Suspects, 21 Grams, Sicario, and Traffic, for which he won an Academy Award, BAFTA Award, Golden Globe Award and Screen Actors Guild Award. His other notable film appearances include: Sin City, Fear and Loathing in Las Vegas, Basquiat, Che, Savages, 7 días en La Habana, and Guardians of the Galaxy. Born Benicio Monserrate Rafael del Toro Sánchez on February 19, 1967 in San Germán, Puerto Rico, to lawyer parents Fausta Genoveva Sanchez Rivera and Gustavo Adolfo Del Toro Bermudez, he has an older brother, Gustavo, who is a physician in the United States. His mother died when he was 9 years old, and his father moved the family to a farm in Pennsylvania. He attended and graduated from Mercersburg Academy in Mercersburg, Pennsylvania in 1985. After graduation, he enrolled at the University of California at San Diego with the intention of becoming a lawyer, but did not graduate. He studied at the Stella Adler Conservatory of Acting on a scholarship. He was in a relationship with actress Alicia Silverstone from 1996 to 1997, and with Chiara Mastroianni from 1998 to 2001. He has a daughter named Delilah with television personality Kimberly Stewart.

You have to kill to survive. People have been doing it forever. I eat meat, and I eat fish. If I were on a deserted island I would need that to survive.

My goal as an actor has always been to reach a level where I can find a lot of interesting work, and I think I’m at that point now. The Oscar has given me a lot of recognition.

Villains used to always die in the end. Even the monsters. Frankenstein, Dracula – you’d kill them with a stake. Now the nightmare guy comes back.