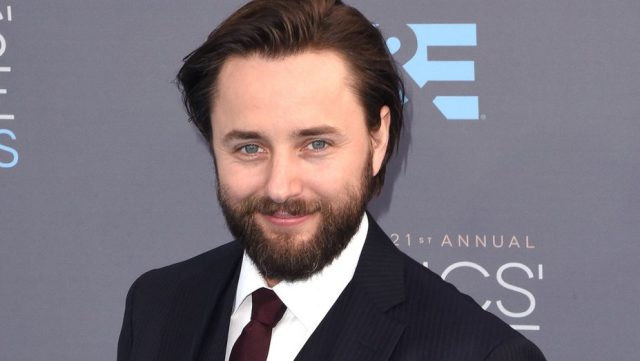 Vincent Kartheiser’s weight and other measurements are visible in the table below. Check it out!

Vincent Kartheiser is an American actor of television and film. He is best known for his starring role as Pete Campbell on the AMC period drama series Mad Men (2007–2015) and as Connor on The WB television series Angel (2002–2004). For his work on Mad Men, he earned six Screen Actors Guild Award nominations for Outstanding Performance by an Ensemble in a Drama Series and won twice along with the cast. His other well-known television credits include Saints & Strangers, Casual, Genius, and The Path. He has also done voice work in The Cleveland Show, Axe Cop, and High School USA!. He has also appeared in the films A Kind of Murder, In Time, Elektra Luxx, Day Out of Days, The Most Hated Woman in America, My Friend Dahmer, and Most Likely to Murder. Born Vincent Paul Kartheiser on May 5, 1979 in Minneapolis, Minnesota, USA, to Janet Marie Gruye and James Ralph Kartheiser, he is the youngest of six children, with four sisters, Andrea, Colette, Elise, and Theresa and a brother, Nathan. He studied at Apple Valley High School in Minnesota. He started acting on the stage at the age of six at the Children’s Theatre Company in the city of Minneapolis and made his screen debut in the 1993 romantic movie Untamed Heart. In 2012, Kartheiser began dating his Mad Men co-star Alexis Bledel. They announced their engagement in March 2013 and married in California, in June 2014. They have a son together.

I was, aged nine, the go-to kid in Minneapolis for a commercial voiceover.

I’ve worked with actors before where I was like, this is not working, and then I’ve seen their work on the screen and I’ve been like, Wow, that was a really great performance. Because there are a lot of elements with film. It’s not like stage. It’s not a kind of performance art anymore; it’s a highly tuned kind of collaboration – a symphony.

I don’t have a lot of money. I get some from Mad Men. But I don’t think I’m rich.

It’s easier to do Shakespeare than Spelling, and I know that sounds crazy, because the challenge of Shakespeare is living up to Shakespeare, living up to that word, not failing, you know, where with Aaron Spelling it’s like, just try to look good. Or maybe don’t use Spelling there, that’s bad. No – you can. He’s dead.