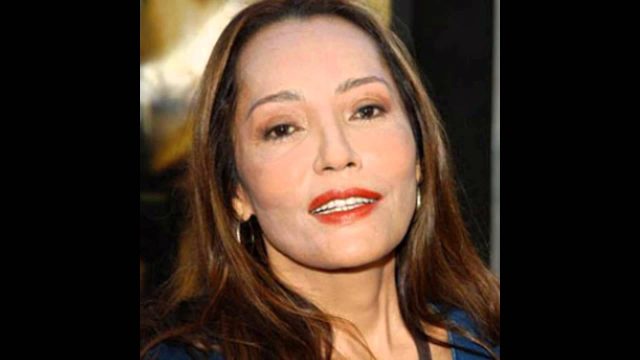 Barbara Carrera’s shoe size and other measurements are visible in the table below. Check it out!

Barbara Carrera is a Nicaraguan American actress and former model. She is best known for her roles as Fatima Blush in the James Bond film Never Say Never Again, Natalia Rambova in Condorman, and Angelica Nero in the primetime soap opera Dallas. She also played in such films as Lone Wolf McQuade, The Island of Dr. Moreau, Point of Impact, Tryst and Embryo. She has appeared on the covers of numerous fashion magazines, including Vogue, Glamour, Harper’s Bazaar, Playboy and Cosmopolitan. Born Barbara Kingsbury on December 31, 1945 in Bluefields, Nicaragua, to parents Florencia Carrera and Louis Kingsbury, her parents separated when she was just seven years old. She has one older half-sister: Maisie Kingsbury. She was educated at Saint Joseph Academy, a convent school in Memphis, Tennessee. She moved to New York at the age of 15, and began a career as a model at the Eileen Ford agency at the age of 17. She made her film debut in Puzzle of a Downfall Child (1970). She has been married three times.