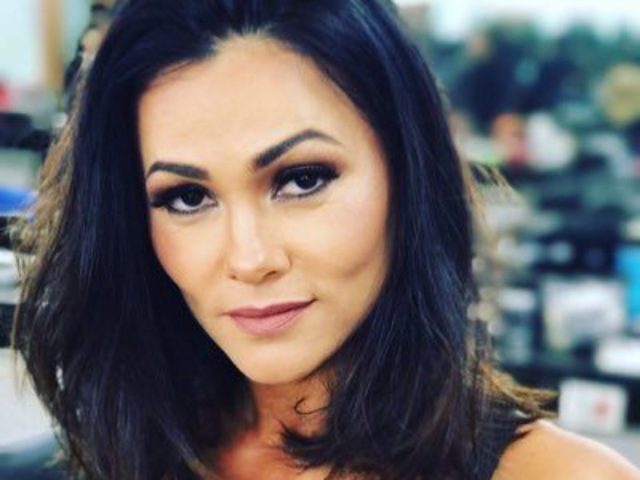 Suzana Alves’ height and other measurements are visible in the table below. Check it out!

Suzana Alves is a Brazilian actress, singer, dancer, presenter, businesswoman and sex symbol who posed for the Brazilian Playboy in March 1999 and 2000. Tiazinha’s issue of Brazilian Playboy was one of the best-selling ones of all times for the Brazilian edition of the magazine. She also appeared in her own action adventure TV-series, As Aventuras de Tiazinha (The Adventures of Tiazinha). She was in four episodes of Amigas e Rivais in 2007. As a singer, she has released an album tittled Tiazinha Faz a Festa. Born on August 3, 1978 in São Paulo, SP, Brazil, to parents Lúcia Alves and Geraldo Ferreira, her full name is Suzana Ferreira Alves. She began her career as a dancer on the TV-show H at Rede Bandeirantes. She has been married to Flávio Saretta since 2010.