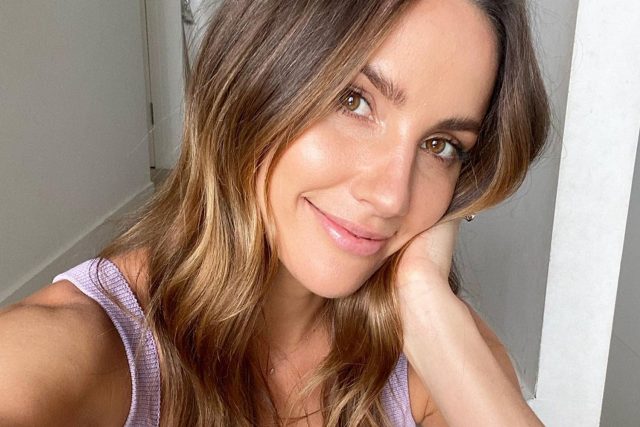 Rachael Finch’s shoe size and other measurements are visible in the table below. Check it out!

Rachael Finch is an Australian model, TV host, and beauty pageant titleholder who won the ‘People’s Choice Award’ for the 2006 Miss Teen Australia and finished as third runner-up at Miss Universe 2009. She joined the cast of the 10th season of Dancing with the Stars in 2010. As a reporter, she has worked for Seven Sport at events such as the Australian Open, Melbourne Cup and Olympics. Born on July 8, 1988 in Townsville City, Australia, she is of half-Australian descent on her father’s side, and of half-Ukrainian descent on her mother’s side. Her modeling career began in 2004 when she won the Queensland Model of the Year title. On January 3, 2013, she married her boyfriend of 5 years Michael Miziner following a 17-month-long engagement. They have two children: a son named Dominic Michael and a daughter named Violet Rachael.