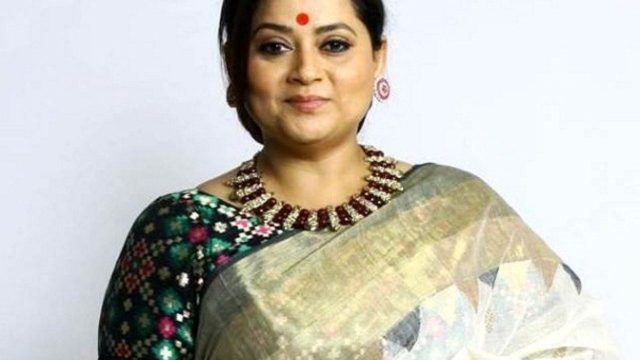 Pallavi Pradhan’s height and other measurements are visible in the table below. Check it out!

Pallavi Pradhan is an Indian actress of television and film. She is best known for her roles as Surili Amrish Kant in the Indian Hindi sitcom television series Bahu Hamari Rajni Kant, and as Uttara Devi Rawat in the family-drama television series Jiji Maa. Pradhan’s other notable works include Sarabhai vs Sarabhai, Harakh Padudi Hansa, Sajan Re Jhoot Mat Bolo, Kaanch Na Sambandh, Lagori-Maitri Returns, and Jantar Mantar. Born on October 14, 1975 in Mumbai, India, Pradhan made her television debut in the show Ek Mahal Ho Sapno Ka (1997) as Rashmi Nanavati. She is married to Saunil Daru.