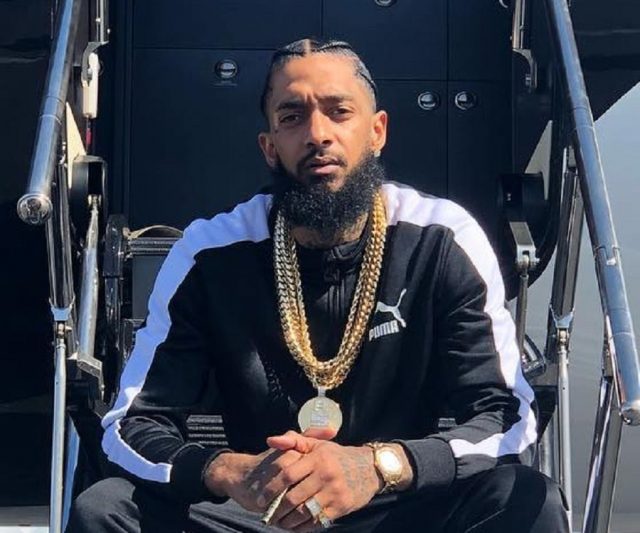 Nipsey Hussle’s height and other measurements are visible in the table below. Check it out!

Nipsey Hussle was an American rapper, entrepreneur, and community activist who was signed to Cinematic Music Group and Epic Records. Hussle became known for his numerous mix-tapes, including his Bullets Ain’t Got No Name series, The Marathon, The Marathon Continues and Crenshaw. His debut studio album, ‘Victory Lap’, was nominated for the Best Rap Album at the 61st Annual Grammy Awards in 2019. He had collaborated with such popular rappers as Rick Ross, Snoop Dogg, and YG. Born Ermias Joseph Asghedom on August 15, 1985 in Los Angeles, California, to Dawit Asghedom, an Eritrean immigrant, and Angelique Smith, an African-American woman, he grew up in the Crenshaw neighborhood of South Los Angeles with his sister Samantha and his brother Samiel. Hussle attended Hamilton High School, but dropped out before graduation. He was killed outside his store, Marathon Clothing, in South Los Angeles on March 31, 2019. He was in a longtime relationship with actress Lauren London from 2013 until his death on March 31, 2019. He had a daughter named Emani and a son named Kross.

You’re not going to scare me into being somebody I don’t want to be.

You’ve got to have faith in what you’re doing and not take no for an answer.

Being self-made means never making an excuse as to why you can’t take steps toward whatever your goal is.

I went through every emotion with tryna pursue what I’m doing, you know what I mean? And I think what’s gon’ separate whoever’s gon go for something, that you ain’t gon’ quit.