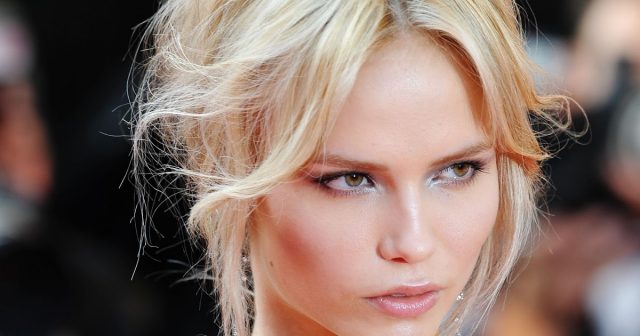 Natasha Poly’s shoe size and other measurements are visible in the table below. Check it out!

Natasha Poly is a Russian supermodel. She has appeared in campaigns for many important fashion houses such as Lanvin, Gucci, Dolce & Gabbana, Louis Vuitton, Roberto Cavalli, and Sonia Rykiel. She has also appeared on several magazine covers including Vogue, Elle, Vanity Fair, i-D, Numéro and Harper’s Bazaar. She also appeared in Victoria’s Secret fashion show in 2005 and 2006. She is represented by the agencies Women Management, Select Model Management, Traffic Models, Scoop Models, Modelink, and Mega Model. Born Natalia Sergeevna Polevshchikova on July 12, 1985 in Perm, Russia, to parents Sergey and Larisa Polevshchikova, she began her modeling career when she was a teenager. She has been married to Peter Bakker since April 16, 2011. They have two children.

I like doing my makeup myself! It’s a hobby of mine. I like to play around. I’ve learned all the best tricks from the pros!

I think the skin is the most important thing. If you take care of your skin, you don’t really need much makeup.