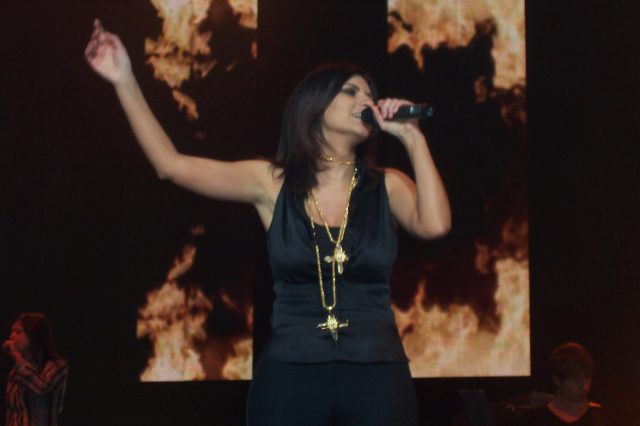 Laura Pausini’s height and other measurements are visible in the table below. Check it out!

Laura Pausini is an Italian pop singer-songwriter, record producer and television personality who gained recognition by winning the Italian Musical Festival of San Remo in 1993 with the song “La Solitudine”. She performs primarily in Italian and Spanish, but she has also recorded songs in Portuguese, English, French, Catalan and Latin. Her eponymous debut album was released on 18 May 1993, which achieved remarkable success, selling two million copies worldwide. Her second album, Laura, was released in 1994 and sold more than four million copies worldwide. During her career, Pausini collaborated with numerous artists Italian and international artists, including Ray Charles, Hélène Ségara, James Blunt, Kylie Minogue, Michael Bublé, Juanes, Tiziano Ferro, Andrea Bocelli, Gloria Estefan, and Luciano Pavarotti. She is the recipient of various accolades including; a Grammy Award and 3 Latin Grammy Awards. Born on May 16, 1974 in Faenza, Italy, to parents Fabrizio Pausini and Gianna Ballardini, she was raised in Solarolo. She has one younger sister named Silvia. After competing in local singing contests, Pausini signed her first recording contract. Her first single, “La solitudine”, was released by CGD Records in February 1993, and peaked at #1 on the Italian Musica e dischi Singles Chart. In 2005, she began dating guitarist, composer, music producer and former singer Paolo Carta with whom she has a daughter.