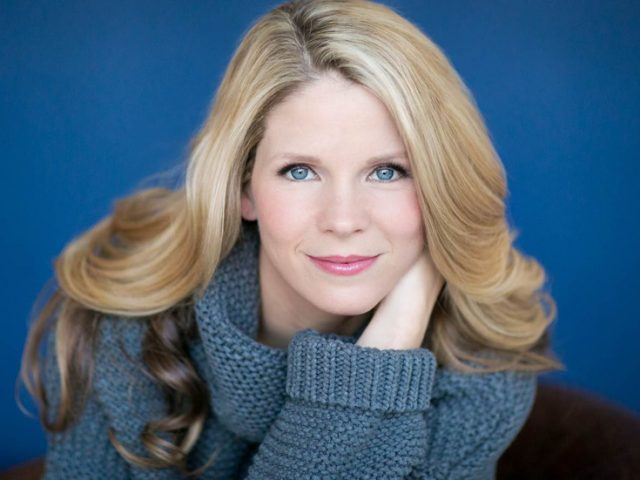 Kelli O’Hara’s shoe size and other measurements are visible in the table below. Check it out!

Kelli O’Hara is an American actress and singer, best known for her work in Broadway and Off-Broadway theatres. She has played starring roles in The Light in the Piazza as Clara, The Pajama Game as Babe, South Pacific as Nellie Forbush, Nice Work If You Can Get It as Billie Bendix, The Bridges of Madison County as Francesca Johnson, Kiss Me, Kate as Lilli Vanessi/Katharine, and The King and I as Anna Leonowens. She is also known for her roles in television, such as Masters of Sex and 13 Reasons Why, and in the films Sex and the City 2, and operas, such as The Merry Widow and Così fan tutte. In May 2008, she released her debut solo album Wonder in the World by Ghostlight Records. It appeared on Billboard’s Jazz chart shortly after its release in May, 2008, and peaked at the number 12 position. Born Kelli Christine O’Hara on April 16, 1976 in Elk City, Oklahoma, to parents Laura and Pat O’Hara, she was brought up as a Catholic in the Baptist Bible belt. She graduated from Deer Creek High School. Following her high school graduation, O’Hara attended Oklahoma City University, graduating with a bachelor’s degree in Music in vocal performance/opera. She has been married to Greg Naughton (son of actor James Naughton) since July 28, 2007. They have two children, Owen and Charlotte.