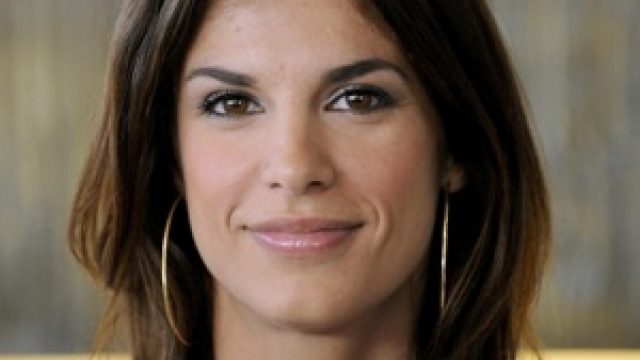 Elisabetta Canalis’ height and other measurements are visible in the table below. Check it out!

Elisabetta Canalis is an Italian model, actress, showgirl and television personality. She became famous after her recurring role in the season 3 of the TNT series Leverage (2010). She co-hosted the famous Italian song contest, Sanremo Music Festival with Gianni Morandi and Belen Rodriguez in February 2011. She appeared on the 13th season of Dancing with the Stars. Canalis was appointed Goodwill Ambassador UNICEF Italy in March 2015. From 1999 to 2002, Canalis was a dancer on the Canale 5 TV show Striscia la Notizia. Born on September 12, 1978 in Sassari, Sardinia, Italy, to Bruna and Cesare Canalis, she has one brother named Luigi, who is also a radiologist and was involved in a Switzerland debt scandal. She was educated in Sassari, where she attended the “classical” high school (Liceo classico), and then moved to Milan to study foreign languages at Università degli Studi di Milano. She briefly studied Foreign languages in university. She had a short relationship with film director Gabriele Muccino, and football player Reginaldo Ferreira da Silva. She was romantically linked to American actor George Clooney for two years (2009-11). She married Brian Perri in 2014. Together they have one daughter, Skyler Eva Perri.

I love variety in my life.

I’m a bit of a tomboy, but when it comes to love I am a doormat.

American men are more open, they are readier to express their emotions, but they also get frightened easily. Italians are used to drama. For us, arguing, shouting is perfectly normal – for them it is inconceivable.

I am a firm believer in marriage. In the future I will be married.

I don’t always have the stomach muscles I have, and I get cellulite as well like everyone else.