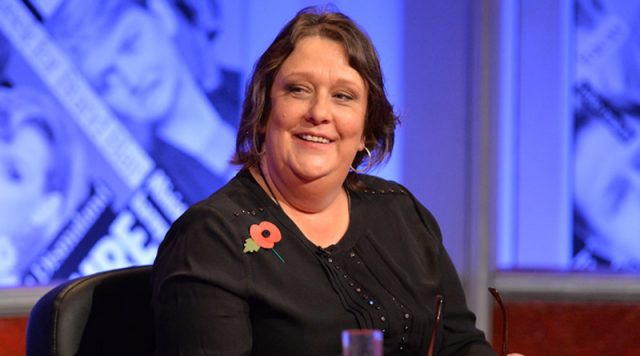 Kathy Burke’s weight and other measurements are visible in the table below. Check it out!

Kathy Burke is a British actress, comedian, writer, director, and producer. She is known for her roles in television, such as French and Saunders, Absolutely Fabulous, and Gimme Gimme Gimme, and in the films Nil by Mouth, Elizabeth, Sid and Nancy, Dancing at Lughnasa, This Year’s Love, Kevin & Perry Go Large, The Martins, Pan, Anita and Me, and Once Upon a Time in the Midlands. Burke won Best Actress at the Cannes Film Festival and was nominated for a BAFTA for Best Actress in a Leading Role for her portrayal of Valerie in the 1997 film Nil by Mouth. She also received a British Comedy Award and two BAFTA nominations for her portrayal of Linda La Hughes in the BBC sitcom Gimme Gimme Gimme. Born Katherine Lucy Bridget Burke on June 13, 1964 in Camden Town, London, United Kingdom, to parents Bridget and Patrick, her mother died of cancer when Burke was two years old. She has two older brothers named John and Barry. She was educated at Maria Fidelis Secondary School, Phoenix Road, Euston, and went on to study at the Anna Scher Theatre School. She made her film debut in the 1982 film Scrubbers.