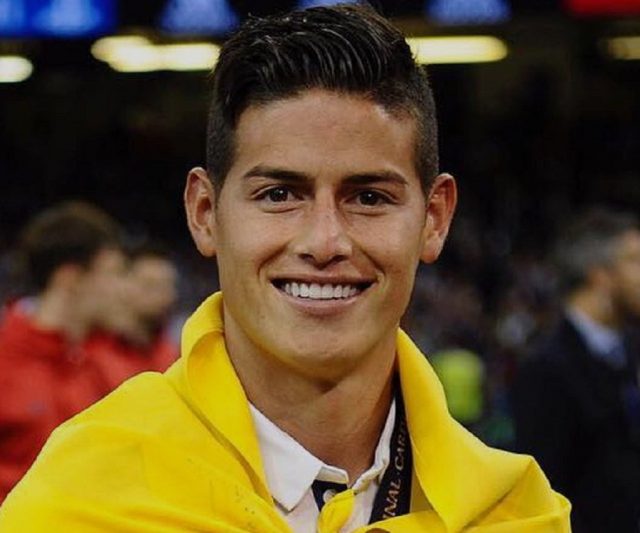 James Rodríguez’s weight and other measurements are visible in the table below. Check it out!

James Rodríguez is a Colombian football player who plays for Spanish club Real Madrid and the Colombia national team as an attacking midfielder or winger. He played for Colombia in the 2014 and 2018 FIFA World Cups. Born James David Rodríguez Rubio on July 12, 1991 in Cúcuta, Colombia, to parents Maria Del Pilar Rubio and Wilson James Rodriguez Bedoya, he has a sister named Juana Valentina. He started his professional career at Envigado and moved to Argentina side Banfield. He became famous in Europe during his time at Porto, winning several trophies and individual awards during his three years at the club. In 2014, James moved to Real Madrid from AS Monaco for a transfer fee of £63 million. He married volleyball player Daniela Ospina in 2011, and the couple had a daughter named Salomé Rodriguez Ospina in 2013before getting divorced in 2017. In 2019, James began dating Shannon De Lima. They welcomed a son named Samuel via surrogacy in October 2019.