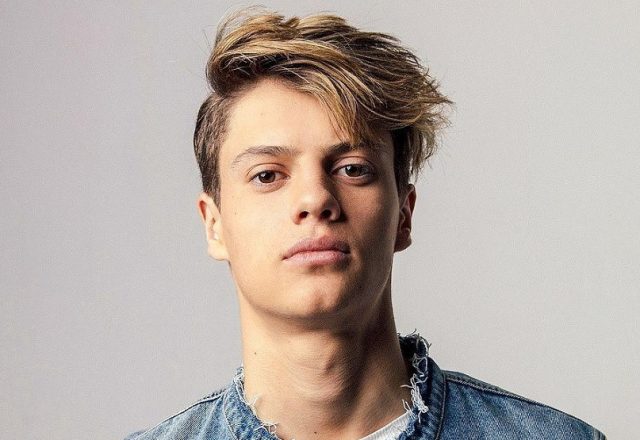 Jace Norman’s shoe size and other measurements are visible in the table below. Check it out!

Jace Norman is an American actor, best known for his starring role as Henry Hart / Kid Danger in Nickelodeon’s hit TV series Henry Danger and its spin-off, The Adventures of Kid Danger. In 2015 Norman starred as Adam Baker in the Nickelodeon Original Movie Splitting Adam. He also portrayed the title character in Rufus and Rufus 2. He won the Kids’ Choice Award for Favorite Male TV Star in 2017, 2018 and 2019. The youngest of three children, Norman was born on March 21, 2000 in Corrales, New Mexico, and moved to California when he was just eight years old, and got his first agent when he was 12. He started his acting career in 2012 with a guest-starring role for an episode of the Disney Channel series Jessie. In 2016, he briefly dated Isabela Moner.