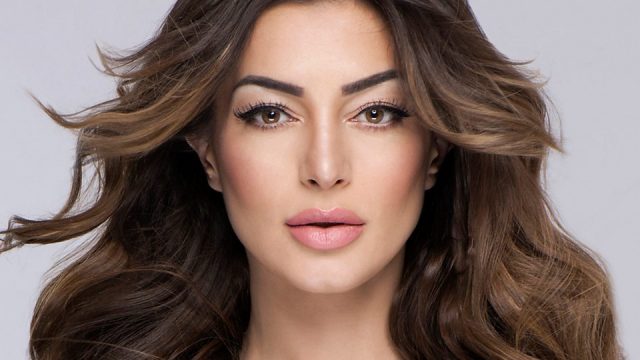 Iveta Mukuchyan’s shoe size and other measurements are visible in the table below. Check it out!

Iveta Mukuchyan is an Armenian-German singer, songwriter, model, and actress who represented Armenia at the May 2016 Eurovision Song Contest 2016 with her single “LoveWave”, and finished in 7th place. Mukuchyan’s notable hit songs include “Simple Like a Flower”, “Dashterov”, “Hayastan Jan”, “Al Eghnim”, and “Qamin Zana”. She won the title of Best Female Singer of the Year at the 2018 Swallow Music Awards. As an actress, Iveta starred alongside Mkrtich Arzumanyan in the adventurous comedy Run Away Or Get Married. Born on October 14, 1986 in Armenian Soviet Socialist Republic, to Susanna Ambaryan and Ruben Mukuchyan, she has a sister, Marianna, who is a stylist. In 1992, her family moved to Germany in 1992, where she attended the Catholic Sankt-Ansgar-Schule in Hamburg from 1998 to 2006. She returned to Armenia in 2009, and started studying jazz-vocal at the Yerevan Komitas State Conservatory.