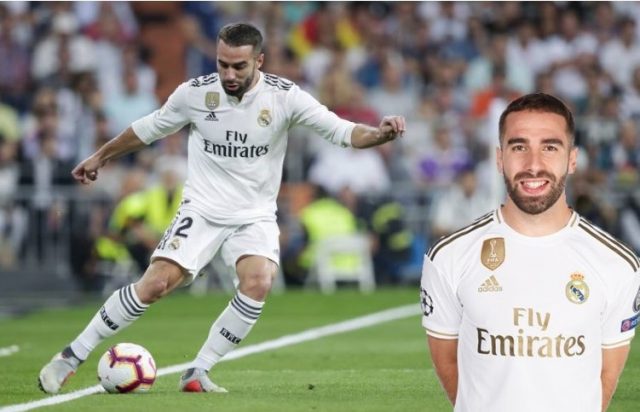 Dani Carvajal’s shoe size and other measurements are visible in the table below. Check it out!

Dani Carvajal is a Spanish professional footballer who plays for Spanish club Real Madrid and the Spain national team as a right back. He spent a season at Bayer Leverkusen (2012–2013), before breaking into the first team in 2013. Born Daniel Carvajal Ramos on January 11, 1992 in Leganés, Spain, to parents Lola Ramos and Mariano Carvajal, he has a sister named Patricia. Dani became a part of Real Madrid’s youth squad at the age of 10. At youth international level, Carvajal won the 2011 European Championship with the under-19 team and the 2013 edition with the under-21 side. He made his senior debut in 2014, representing the nation at the 2018 FIFA World Cup. He has dated Marta Morales.