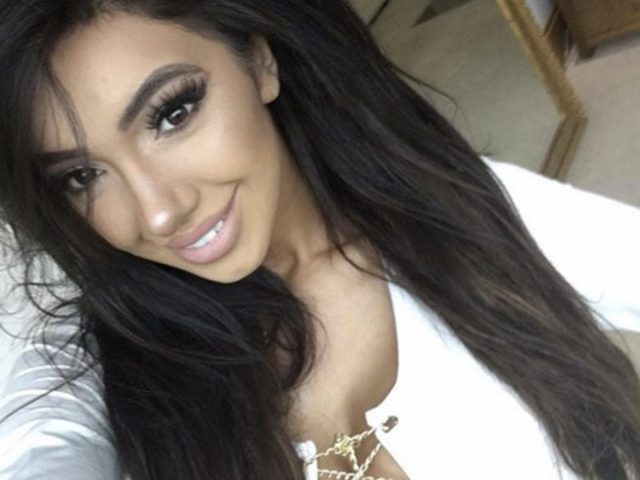 Chloe Khan’s shoe size and other measurements are visible in the table below. Check it out!

Chloe Khan is a British model and television personality who first achieved fame in 2009 on BBC 3 show Snog Marry Avoid and used the alias Chloe Mafia. She received further recognition when she competed on The X Factor (UK) in 2010. She was named international playmate of the month for May 2015. She also became the face (and body ) and spokeswoman for the high end gentlemen’s club Spearmint rhino international. In 2016 she entered the Celebrity Big Brother house and indulged in a steamy fling with fellow housemate Stephen Bear. Born Chloe Victoria Heald on June 1, 1992 in Wakefield, West Yorkshire, England, UK, she was raised by her mother and grew up in poverty. She entered The X Factor in 2010. Previously, she was in a relationship with entrepreneur John Gray. She has a daughter named Destiny.