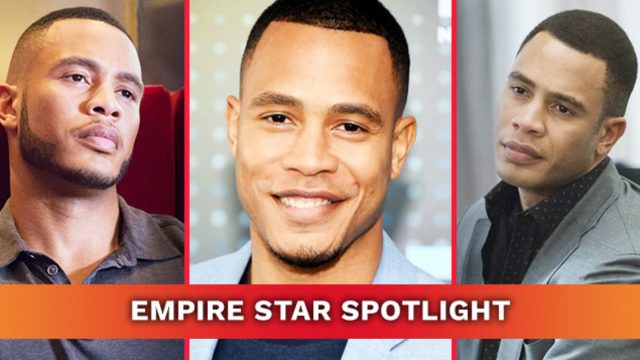 Trai Byers’ weight and other measurements are visible in the table below. Check it out!

Trai Byers is an American actor. He is best known for portraying the role of Andre Lyon in the Fox musical prime time soap opera, Empire since 2015. He played James Forman in the 2014 historical drama film Selma, and also had a recurring role in 90210. Born on July 19, 1983 in Kansas City, Kansas, USA, he did his schooling in Georgia, and graduated from the University of Kansas with a bachelor’s degree in communications. He also attended the American Musical and Dramatic Academy in Los Angeles, and the Yale School of Drama. He made his television debut in 2011 playing the recurring role of Mookie on the ABC daytime soap opera, All My Children. On April 14, 2016, he married Empire co-star Grace Gealey.

Ultimately, knowing God and reading the Word, it helps with patience with people, understanding, empathy and sympathy that they might not have that I have. If God gave it to me, why not exercise it?

I’m an artist with a message, and my message is more for society, casting the mirror onto them and saying, ‘Hey, this is what we look like, what are we going to do about it, how are we going to use what we’ve been through to aid where we’re going.’

God is building an army all over the place, in Hollywood as well. So it feels good to be a part of it.

In 2013, I didn’t work at all, just contemplating what I needed to do, whether I was walking in my destiny or not.

One thing I learned particularly at Yale was how to work with others. Having studied so long trying to master myself, the biggest challenge was learning about the other person’s work.