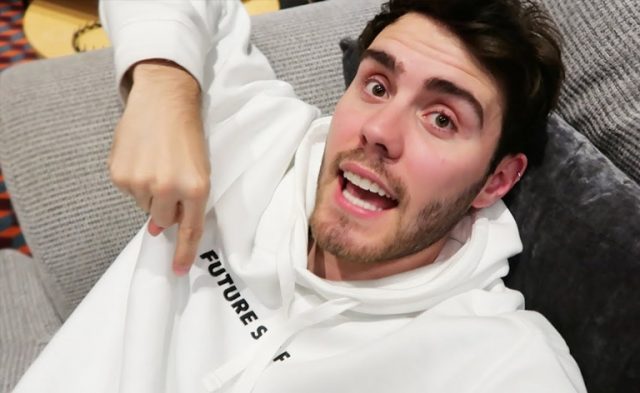 Alfie Deyes’ height and other measurements are visible in the table below. Check it out!

Alfie Deyes is a British vlogger and author whose debut book, The Pointless Book was released on September 4, 2014. His YouTube channel PointlessBlog has gained more than 4.95 m subscribers since it started in 2009. In 2015, Deyes was nominated for a Nickelodeon Kid’s Choice Award for Favorite Vlogger in the UK. He was featured in the 2015 Debrett’s 500, which lists the most influential people in Britain in the new media category. Born Alfred Sidney Deyes on September 17, 1993 in London, England, to parents Amanda and Nick Deyes, he has a sister named Poppy. Deyes was educated at Varndean School and Varndean College. Since October 2012, he has been in a relationship with fellow YouTuber Zoe Sugg, known publicly as Zoella.