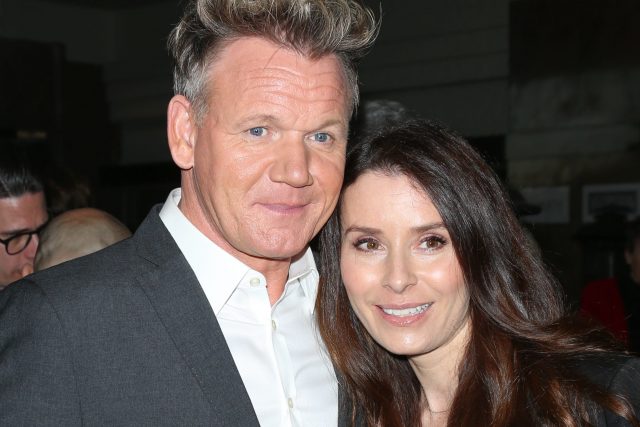 Tana Ramsay’s height and other measurements are visible in the table below. Check it out!

Tana Ramsay is a British author of books on cookery and a television personality. She is the wife of celebrity chef Gordon Ramsay. Tana was a presenter on the food show Market Kitchen, and appeared in the American version of cooking show MasterChef, co-hosted by her husband, Gordon Ramsay in 2014. In 2015, she began starring in her daughter’s show Matilda and the Ramsay Bunch on CBBC. Born Cayetana Elizabeth Hutcheson on 23 August 1974 in Croydon, Surrey, England, UK, to Greta and Chris Hutcheson, she was raised on a farm in Kent. Her siblings are Adam, Orlanda, Victoria and Chris. She attended a nursery in London, then the family moved and she went to Dulwich prep school in Cranbrook, Kent, and on to Battle Abbey boarding school in East Sussex. Ramsay was a Montessori-trained school teacher before becoming author of books on cookery and a TV broadcaster. She has been married to celebrity chef Gordon Ramsay since December 21, 1996. They have four children: Megan, Matilda and fraternal twins, Jack and Holly. They are expecting their fifth child.

The one thing I still love is mint choc chip ice cream – the really fluorescent kind.

The important lesson for the children was that they know if there is a problem, they can tell us, we can talk about it, and we can resolve it. That’s what families do. You face things, and you deal with them, and you move on together.

If there is one thing I have learnt, it’s that you have to be honest.

Everyone loves a long, slow-cooked stew and with gorgeous roasted vegetables. However, sometimes if you want something light, nothing beats a crispy duck salad.

My priority is always the home.