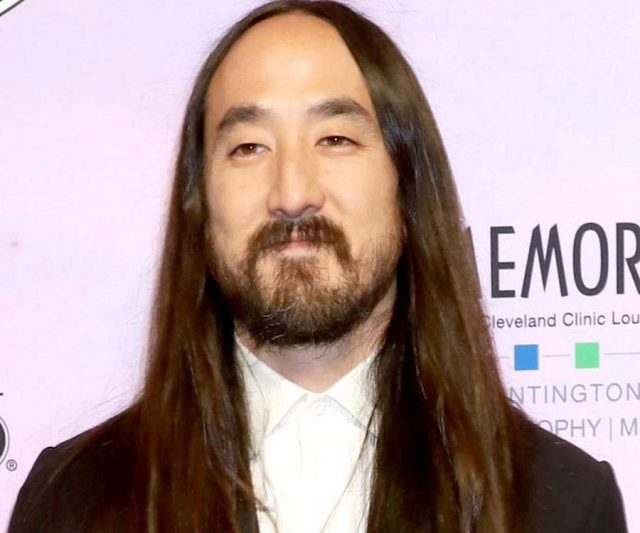 Steve Aoki’s weight and other measurements are visible in the table below. Check it out!

Steve Aoki is an American musician, record producer, DJ, and music executive who has collaborated with numerous artists such as Iggy Azalea, Afrojack, LMFAO, Linkin Park, Laidback Luke, BTS, Louis Tomlinson, Will.i.am, Lil Jon, Blink-182, Rise Against, Vini Vici and Fall Out Boy. Aoki is also known for his remixes of artists such as Kid Cudi. His first album, Wonderland (2012) was nominated for Grammy Award for Best Dance/Electronica Album in 2013. Born Steven Hiroyuki Aoki on November 30, 1977 in Miami, Florida, to parents Chizuru Kobayashi and Rocky Aoki, he grew up in Newport Beach, California. He has two older siblings, sister Kana, and brother Kevin. His half-sister is well-known model Devon Aoki. Aoki graduated from the Newport Harbor High School in 1995. He then attended the University of California, Santa Barbara and graduated with two B.A. degrees, one in feminist studies and the other in sociology. In December 2015, Aoki married his longtime girlfriend Australian model, Tiernan Cowling following a five-year engagement. They split in 2017.

I love to work with artists that were able to find a brand new name and create something really exciting and fresh.

Self-discovery is so important in identity processing: who you hang out with, what clothes you wear, what shows you see. As a kid, I found out about things through friends. I would go to hardcore shows with 50 people.

My first job was working at Benihana as kitchen help. In college, I was a telemarketer for a company at the same time I was a bike messenger for this greasy fast-food place.

Extending our lives, extending our creativity, opening up the mysteries of the brain. All those things that are really exciting – that’s kind of the basis of ‘Neon Future,’ and that’s why I interviewed Ray Kurzweil and Aubrey de Grey.

No matter what I do, I can’t help but feel that I’m under a microscope. Some of it is completely silly, and some of it is meant to be hurtful. For example, a website accumulated all of my music videos to point out perceived Illuminati images. I loved that one. Of course, it was all ridiculous but funny.