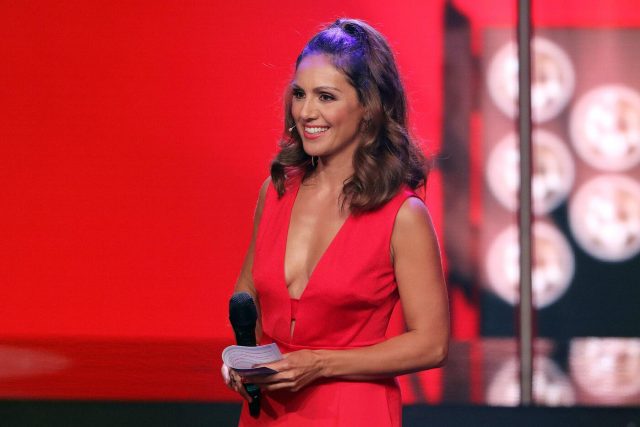 Nazan Eckes’ height and other measurements are visible in the table below. Check it out!

Nazan Eckes is a German television personality, best known for hosting the RTL II News each weekday. In 2006 Eckes hosted “Let’s Dance” with Hape Kerkeling, the German version of television series Dancing with the Stars. In October 2006 she hosted Das große TV-Quiz, a quiz program. She also played a journalist in the German television comedy Crazy Race 3 – Sie knacken jedes Schloss. Born Nazan Üngör on May 9, 1976 in Cologne, North Rhine-Westphalia, Germany, to Turkish immigrants parents from Eskişehir, she completed her Abitur high school diploma in 1995 in Leverkusen, where her father was employed as a worker in a chemical and pharmaceutical company. She married painter and model Julian Khol in June 2012. She was previously married to Claus Eckes. She has two sons.