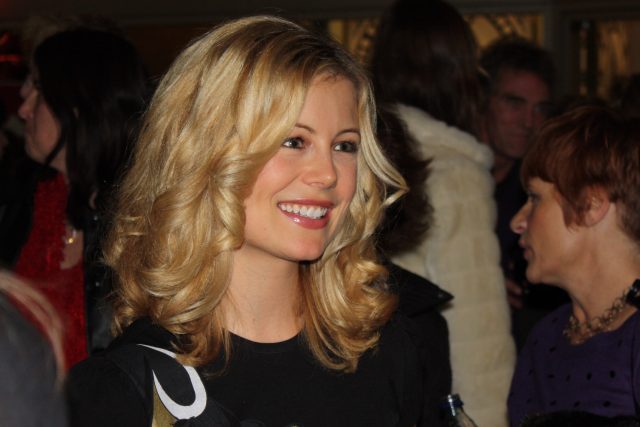 Kim Poirier’s height and other measurements are visible in the table below. Check it out!

Kim Poirier is a Canadian actress, singer, film producer, and television host. She is best known for her starring role as Roxy Hunter in the television series Paradise Falls. She is also known for her roles in the films Decoys, Decoys 2: Alien Seduction, How I Married My High School Crush, Foodland, and Silent But Deadly. Born Kim Jacinthe Poirier on February 6, 1980 in Drummondville, Canada, her mother, Carol Laquerre, was a model and won Miss Toronto in 1976. Kim grew in Toronto, Ontario and has a sister named Alexandra. She debuted on the Sci-Fi show PSI Factor: Chronicles of the Paranormal. Since May 2016, she has been married to Alex Saunders. They have two children.