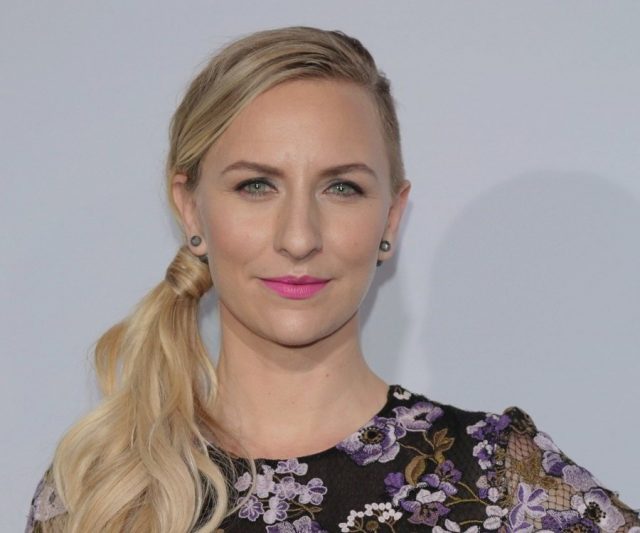 Mickey Sumner’s shoe size and other measurements are visible in the table below. Check it out!

Mickey Sumner is a British actress. She is best known for her roles Sophie Levee in Frances Ha and Katia on the AMC Network series Low Winter Sun. Sumner’s other notable works include Half the Perfect World, The Mend and Anesthesia. Born Brigitte Michael Sumner on January 19, 1984 in London, United Kingdom, she is the oldest daughter of Sting and Trudie Styler. Her siblings are Jake Sumner, Eliot Sumner, Giacomo Sumner, Joseph Sumner and Fuschia Katherine “Kate” Sumner. Mickey began her acting career in 2006 appearing in a series of short films. In June 2016, Mickey became engaged to Chris Kantrowitz. They married in Tuscany in July 2017.

I had wanted to act since I was a kid, but I had a lot of shame attached to it. I didn’t tell anyone because I didn’t think it was ever a possibility.

I sometimes listen to music to get into some place that I need to get. I don’t think it’s because I have a musician as a father that I do this – most actors do.

I love being on stage. There’s nothing better than that feeling; ever since the first time I was on stage, I was like, ‘Oh, this is what it means to be fully alive and satisfied.’ I don’t think anything’s as satisfying as a play.

I have a really supportive family, which is really wonderful, but I’m not forcing everyone to watch my work every week.

I’ve definitely been in relationships with friends where I wanted to do something different than I know a friend has. It’s that complicated balance between wanting to do what you know is right for you and not wanting to hurt someone’s feelings.