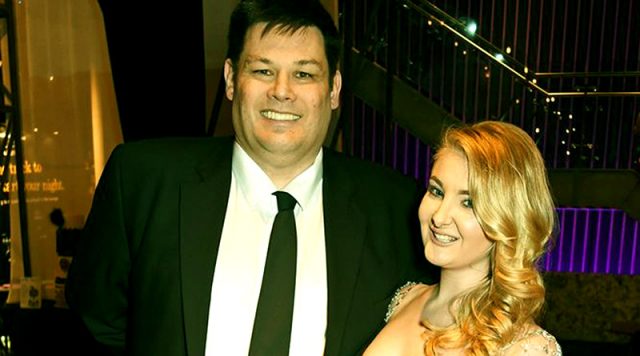 Mark Labbett’s height and other measurements are visible in the table below. Check it out!

Mark Labbett is a British television quiz personality and one of the “chasers” on the ITV game show The Chase. He subsequently appeared on the American version as their sole chaser in 2013. Mark is also a chaser on the Australian version of the show on the Seven Network with fellow UK chasers Anne Hegerty and Shaun Wallace. Born Mark Andrew Labbett on August 15, 1965 in Tiverton, Devon, England, to parents Carolyn and Jon Labbett, he grew up in Cardiff, UK and attended the University of Oxford. He has two younger brothers, Philip and Paul. He has been married to Katie Labbett since October 11, 2014. They have a son.