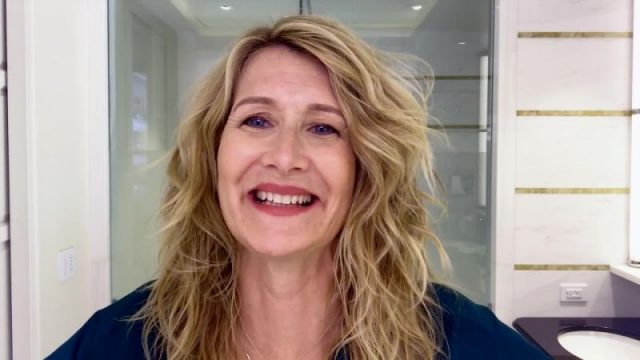 Laura Dern’s bra size and other measurements are visible in the table below. Check it out!

Laura was born February 10, 1967 in Los Angeles, California into the family of actors. So her career took a pretty expected path. She started acting in 1970’s and slowly made her way to the top. Some of her memorable films are Blue Velvet, Jurassic Park, and Happy Endings. Dern started dating musician Ben Harper after they met on a concert. She married him in 2005. However, the couple got divorced in 2013. Laura’s dating history also includes pretty famous men, such as Nicolas Cage, Billy Bob Thornton and Jeff Goldblum.

Luckily, I was raised by people who’d already seen all the yuck stuff, which is why they originally didn’t want me to act. I understood the difference between getting a part at a Hollywood party and getting a job.

Unfortunately, overall, movies are a conglomerate. People buy and sell people in this business, which can get really ugly.

I wanted to go to Jupiter. That was my plan from day one, and David Lynch gave me the ticket.

I made a commitment to myself; that I wanted to be an actress, and I wanted to do films that make a difference. It has to move people.