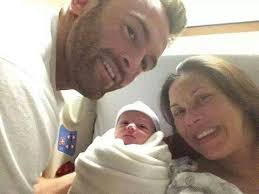 Mickie James’ height and other measurements are visible in the table below. Check it out!

Short Bio
Mickie was born August 31, 1979 in Montpelier, Virginia. She is a professional wrestler. Mickie attended professional wrestling school in Washington, D.C. She started her wrestler career in Independent circuit. After that she proceeded to Total Nonstop Action Wrestling. In 2013, Mickie became guest trainer and for a week she trained WWE NXT’s female wrestlers. Mickie also appeared that week’s live NXT event in Tampa, Florida. Mickie’s ancestry is partially Native American. While Mickie was previously engaged to wrestler Kenny Dykstra, they split up and Mickie is now engaged to Nick Aldis, whose ring nickname is Magnus. Their son Donovan was born on September 2014.

I’m good at wrestling, and I love it with all my heart.

I try to remember who I am and what I come from, because I didn’t come from super means. I had to work and pray and try really hard to succeed and get everything that I wanted out of life.

When people have a passion and desire, it burns through and shows.

I didn’t want to be good for a girl: I wanted to be as good, if not better than, all the guys.

You want to be taken seriously as an artist and not just known as ‘that girl wrestler who sings.’ So you want to go out and stand on your own legs. But at the same time, I don’t negate the fact that without everything I’ve accomplished in wrestling, I wouldn’t have been given so many really cool opportunities on the music side.