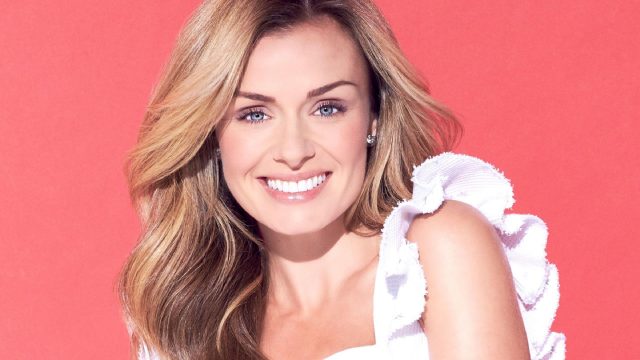 Katherine Jenkins’ bra size and other measurements are visible in the table below. Check it out!

Short Bio
Katherine was born 29th June 1980 in Neath, Wales. She won several singing competitions when she was young than she studied at the Royal Academy of Music. Katherine sang at Westminster Cathedral in honour of Pope John Paul II’s jubilee. She released many studio albums since 2004 – Premiere, Second Nature, Living a Dream, Serenade, From the Heart, Rejoice, Sacred Arias, Believe, Daydream and This is Christmas. You could see her competed on the TV show Dancing with the Stars in 2012. Katherine was engaged in 2011.

The diva tag just won’t go away. I think that’s because people want me to be like that. It makes it more interesting if I have thrown a phone at somebody or a water bottle. Sadly that’s just not me.

I’m launching my own festival in South Wales. It’s something I’ve wanted to do for a long time. It’s going to be held at Margam Park, because I wanted the venue to be as close to my home as possible.

I really see myself as a homegirl. Wales is my first home. London is my second home – I’ve been there 14 years now.

Oh, stuff the critics. I don’t care. Too many people are snooty about classical. Look, I wasn’t brought up in a home where we listened to classical music. It was a singing teacher that thought it would be best for my voice. Then I moved into crossover. And if that makes the music accessible to more people, then great.

Yes. I do about 70 shows a year, in the past year I’ve been to Italy, Australia, Japan, China, just about everywhere. I do it because I love singing. The money is a bonus.