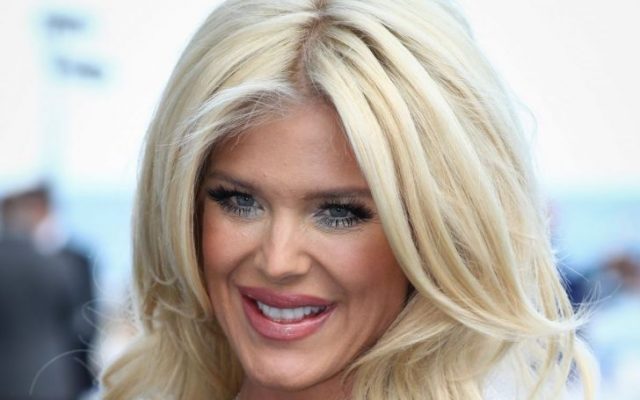 Victoria Silvstedt’s height and other measurements are visible in the table below. Check it out!

Victoria Silvstedt is a Swedish fashion model, actress, singer, entrepreneur, and television personality who finished as the runner-up in the 1993 Miss Sweden beauty pageant, and went on to represent her country (Sweden) in the 1993 Miss World. Silvstedt became the Playboy Playmate of the Month for December 1996 and Playmate of the Year for 1997. She has since appeared in various Playboy magazines, including Playboy Special Editions, as well as Playboy Videos. She has also appeared in high profile magazines such as FHM, Glamour, GQ, Hello!, Maxim and Vanity Fair, and has worked for various brands such as Lynx, Nike, Renault and Triumph International. In 1997, Silvstedt became Spokesmodel for Guess jeans. She debuted with her own reality television series Victoria Silvstedt: My Perfect Life on E! in 2008. In 2016, Silvstedt participated in the Swedish reality series Stjärnorna på godset alongside Meral Tasbas, Robban Andersson and Qristina Ribohn. As an actress, Silvstedt has appeared in Malibu, CA, Melrose Place, BASEketball, The Independent, Out Cold, Boat Trip, La mia vita a stelle e strisce and Un maresciallo in gondola. Born Karen Victoria Silverstedt on September 19, 1974 in Skelleftehamn, Sweden, to parents Ulla and Bo Silvstedt, she has one older sister and one younger brother. Silvstedt’s father was the captain of a local ski team, and she started alpine skiing at the age of 5. She was married to Chris Wragge from 2000 to 2009.