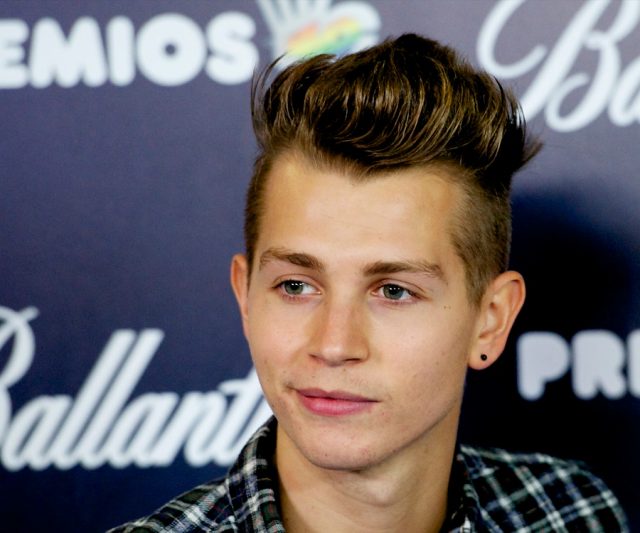 James McVey’s weight and other measurements are visible in the table below. Check it out!

James McVey is a British musician, best known as the lead guitarist and back up singer for the British pop/rock band The Vamps whose debut single “Can We Dance”, debuted at number two on the UK Singles Chart. Prior to joining the band, McVey released an EP on 5 December 2009, Who I Am, and was a contestant on the 18th series of I’m a Celebrity…Get Me Out of Here!, where he finished in fifth place. Born James Daniel McVey on April 30, 1994 in Chester, United Kingdom, his family moved to Bournemouth when he was four years old. He has one younger sister named Sophie. He first met The Vamps band member Bradley Simpson via YouTube in 2011. On September 18, 2014, McVey began dating British model, Kirstie Brittain. They got engaged in January 2019. In 2014, he was romantically linked to Game of Thrones star Sophie Turner.