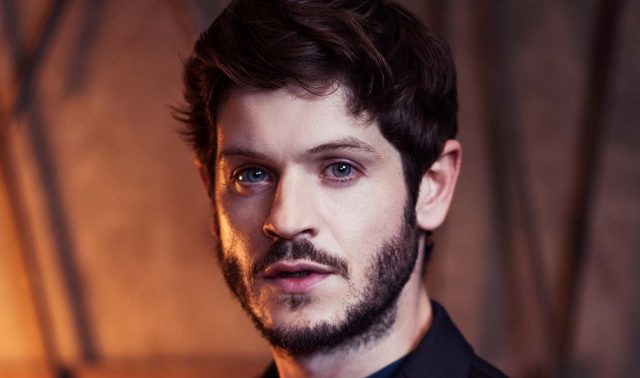 Iwan Rheon’s height and other measurements are visible in the table below. Check it out!

Iwan Rheon is a Welsh actor, singer, and musician. He is best known for roles such as Simon Bellamy in the E4 series Misfits, Ramsay Bolton in the HBO series Game of Thrones and Ash Weston in the ITV sitcom Vicious. He also played Maximus in the superhero adventure TV series Inhumans, and starred as Mick Mars in the 2019 movie The Dirt based on Mötley Crüe. Rheon released his debut studio album, Dinard in April 2015. Born on May 13, 1985 in Carmarthen, Wales, UK, he is the son of Einir (Jones) and Rheon Tomos. He has one older brother named Aled. He made his film debut in the 2011 Welsh drama movie, Resistance. He has been in a long term relationship with actress and musician Zoë Grisedale. They have one child born August 2018.

I just want my music to be put out there, not shoved in people’s faces. I want to keep it relaxed.

I’m still secretly a bit of a punk. Love The Clash and a bit of the Pistols. I guess as I’ve got older I’ve chilled out a bit. But, my teenage angst is still stirring somewhere!

I was a huge Radiohead fan growing up.

I listen to a lot of reggae.

I wasn’t, you know, Mr. Popular. I was somewhere in the middle ground. I was quite alternative, the things I liked to do. Skateboarding, at the time. Playing in a band as opposed to playing in the rugby team. You know, that kind of thing.