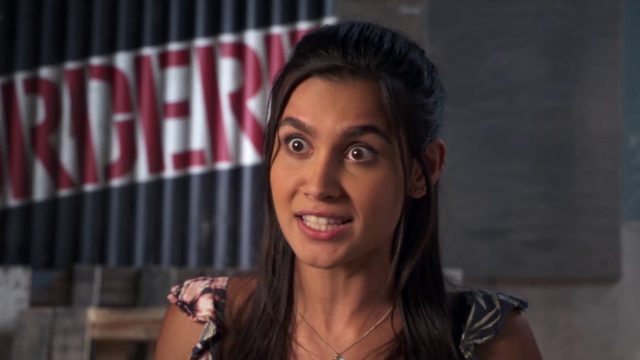 Sophia Taylor Ali’s shoe size and other measurements are visible in the table below. Check it out!

Sophia Taylor Ali is an American film and television actress. She is best known for starring as Sabrina in the MTV romantic comedy series Faking It, Dr. Dahlia Qadri in the ABC medical drama series Grey’s Anatomy and Penelope Amari in the 2018 horror film Truth or Dare. Born Sophia Taylor Ramseyer Ali on November 7, 1995 in San Diego, California, she is the daughter of Brooke and Asim Ali, and older sister to former actors Kamran Ali and Shan Ali. She made her television debut in 2003 appearing in episodes of K Street. She began dating Tyler Posey in 2017.