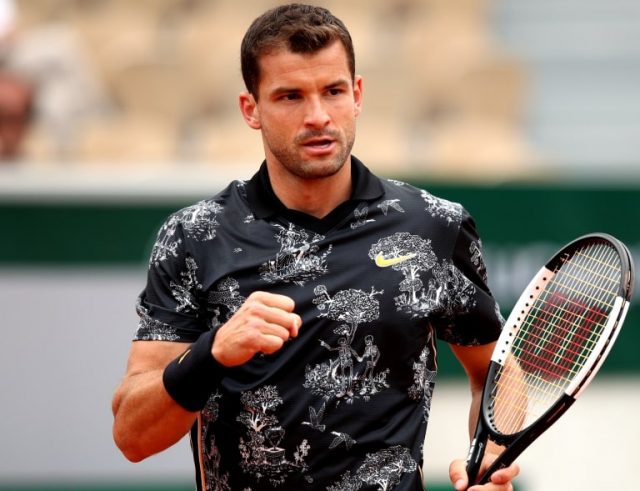 Grigor Dimitrov’s weight and other measurements are visible in the table below. Check it out!

Grigor Dimitrov is a Bulgarian professional tennis player who achieved a career-high singles ranking of World No. 3 on November 20, 2017. Turning professional in 2008, Dimitrov has won 8 ATP singles titles to date. He is the only Bulgarian tennis player ever to be ranked inside the top 10 ATP Singles. Born on May 16, 1991 in Haskovo, Bulgaria, to parents Dimitar, a tennis coach, and Maria, a sports teacher and former volleyball player, he began to play tennis daily when he was 5. In 2008, Dimitrov moved to Paris, France, and joined Patrick Mouratoglou’s Tennis Academy. He was a Junior Wimbledon and US Open champion in 2008 and was the world number 1 as a junior player. He turned pro in 2008. In 2012, he began a relationship with Russian tennis player Maria Sharapova. They separated in July 2015. At the beginning of 2016, Dimitrov started dating Nicole Scherzinger.

I can play on grass – when I won Junior Wimbledon, that was an unbelievable feeling, I could not believe that I had won the tournament, as Wimbledon is like the holy place of tennis.

I am always wearing a bracelet, necklace, and watch. I don’t even care if they don’t match.

One of the scariest things for any athlete, I think, is pretty much the off season.

I would love to have a beautiful family one day, to win Slams. I’d love my kids to see me play before I retire.

I have so many different interests in so many areas that sometimes I just need to chill, step back, and let it be.