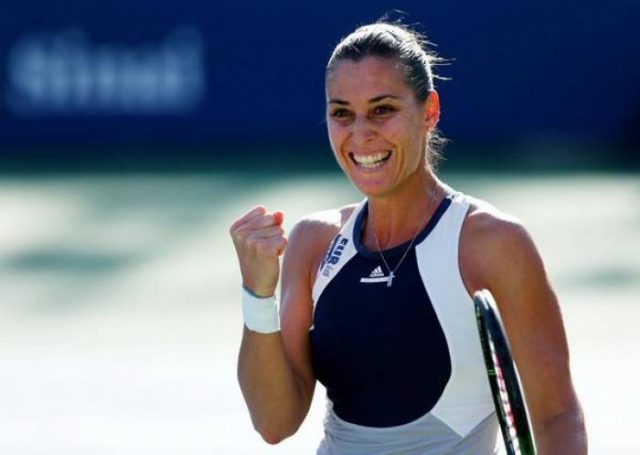 Flavia Pennetta’s height and other measurements are visible in the table below. Check it out!

Flavia Pennetta is a former Italian professional tennis player and Grand Slam champion in both singles (2015 US Open) and doubles (2011 Australian Open). Turning professional in 2000 at age 18, she won 28 WTA titles in total, including the US Open in singles and Australian Open and WTA Finals in doubles, reaching No. 6 in the world in singles and No. 1 in the world in doubles, and winning the Fed Cup four times between 2006 and 2013. She retired in October 2015. Born on February 25, 1982 in Brindisi, Puglia, Italy, to parents Concetta and Oronzo Pennetta, she has an older sister named Giorgia. Pennetta was introduced to tennis at the age of five by her father and won the 1999 French Open in girls’ doubles when she was 17 years old. She began to play on the ITF Women’s Circuit in 1997. Since 2016, she has been married to Italian tennis compatriot Fabio Fognini. They have a son together.