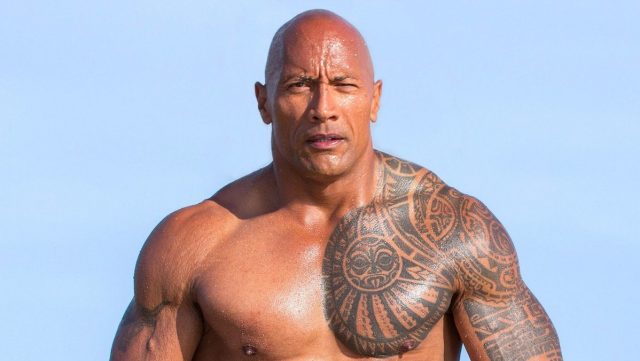 Dwayne Johnson’s shoe size and other measurements are visible in the table below. Check it out!

Dwayne Johnson is an American-Canadian actor, producer, and retired professional wrestler who achieved fame as “The Rock,” a popular wrestling personality, competing in the WWF and WWE from 1996 to 2004. Johnson began acting in 1999 and has starred in such films as Hercules, Tooth Fairy, The Scorpion King, Walking Tall, Journey 2: The Mysterious Island, Pain & Gain, The Game Plan, Central Intelligence, Moana, Jumanji: Welcome to the Jungle, Get Smart, Rampage, Skyscraper, San Andreas and the Fast and the Furious franchise. Born Dwayne Douglas Johnson on May 2, 1972 in Hayward, California, to parents Ata Johnson and former professional wrestler Rocky Johnson, his father is of Black Nova Scotian and Irish descent and his mother is Samoan. He attended and graduated from Freedom High School in Bethlehem, Pennsylvania. Johnson began his career as a football player and was a member of Miami’s NCAA national championship football team (1991). He made his wrestling debut in 1996. He married Dany Garcia in 1997, and the couple had a daughter named Simone Alexandra in 2001 before getting divorced in 2008. Since 2019, he has been married to singer and songwriter Lauren Hashian, with whom he has two daughters.

Check your ego at the door. The ego can be the great success inhibitor. It can kill opportunities, and it can kill success.

Part of my daily regime is my glucosamine and, of course, a multitude of multivitamins. Branched-chain amino acids, glutamine, of course protein. I have one protein shake a day, and that is immediately after my training.

I do all my own stunts. I’m kidding.

Attitude and enthusiasm play a big part in my life. I get excited about the things that inspire me. I also believe in laughing and having a good time.

I’m always asked, ‘What’s the secret to success?’ But there are no secrets. Be humble. Be hungry. And always be the hardest worker in the room.