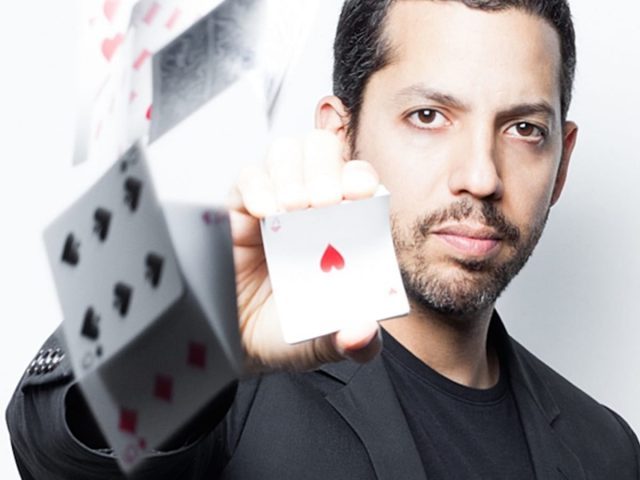 David Blaine’s height and other measurements are visible in the table below. Check it out!

David Blaine is an American magician, best known for his high-profile feats of endurance and has set and broken several world records. His stunts include being frozen in a block of ice, starving, and hovering. He has performed magic for President George W. Bush, President Bill Clinton and Secretary of State Hillary Clinton, Secretary of Defense Donald Rumsfeld (at the Pentagon), Governor Arnold Schwarzenegger, Henry Kissinger, Bill Gates and Mayor Michael Bloomberg. He has also performed for the President of Russia Dmitry Medvedev, the President of Ukraine Victor Yanukovych, the President of Georgia Mikheil Saakashvili, and the President of Kazakhstan Nursultan Nazarbayev. Blaine has also performed for many other people, including Google founders Larry Page and Sergey Brin, Woody Allen, Jack Nicholson, Robert De Niro, Lakshmi Mittal, Al Pacino, and Muhammad Ali. He has also performed magic alongside Michael Jackson. Born David Blaine White on April 4, 1973 in Brooklyn, New York, his father, William Perez, was a Vietnam veteran while his mother was Patrice Maureen White, a school teacher. He was inspired to become a magician when he saw a magician performing at a magic show in the subway. Blaine’s first special, David Blaine: Street Magic, was a ratings hit in 1997. On April 30, 2008, he set a new world record when he held his breath underwater for 17 minutes 4 seconds. Blaine and French actress Alizée Guinochet have one daughter, Dessa.

I think everything I do is normal, not paranormal but normal. It’s using the power of the mind to achieve whatever we can endure.

But as they say about sharks, it’s not the ones you see that you have to worry about, it’s the ones you don’t see.

I think that, when you die, you go back to where you came from before you were born. So I don’t think death is a bad thing.

My only fear is the unknown.

In truth, the only restrictions on our capacity to astonish ourselves and each other are imposed by our own minds.