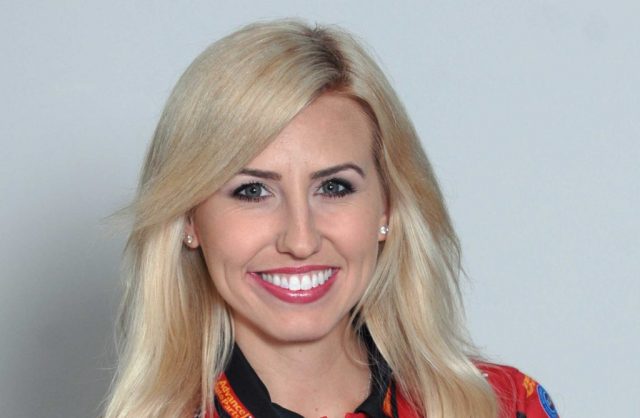 Courtney Force’s weight and other measurements are visible in the table below. Check it out!

Courtney Force is a retired American drag racer who competed in the NHRA tour. She drove the Advance Auto Parts Chevy Camaro SS Funny Car for John Force Racing. She won the 2009 NHRA Northwest Nationals in Kent, Washington. Born on June 20, 1988 in Yorba Linda, California, USA, she is the youngest daughter of 16-time NHRA World Funny Car Champion John Force and his wife Laurie. She is the younger sister of Ashley Force and Brittany Force. She was educated at Esperanza High School in Anaheim, CA, where she was a cheerleader. She graduated with a degree in communications from Cal State Fullerton. She received her NHRA competition drivers license in 2005 and her Alcohol-Fuel license in 2008. She began racing in Super Comp before graduating to Top Alcohol Dragster (TA/D), along with her sister Brittany, in 2008. On November 21, 2015, she married IndyCar racer Graham Rahal, son of 1986 Indianapolis 500 winner Bobby Rahal.