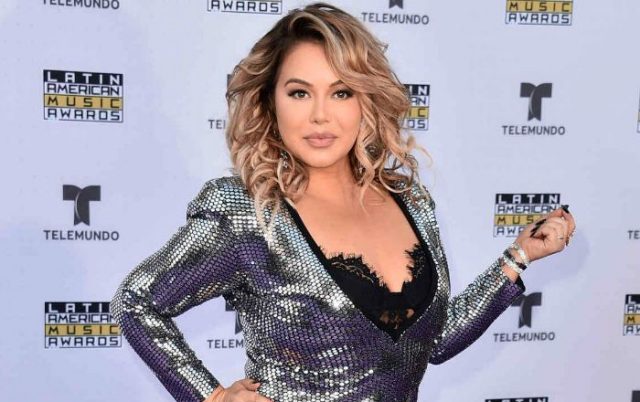 Chiquis Rivera’s height and other measurements are visible in the table below. Check it out!

Chiquis Rivera is an American singer, television personality and the eldest daughter of singer Jenni Rivera. She made her television debut with her reality show Jenni Rivera Presents: Chiquis & Raq-C, Chiquis ‘n Control, and also appeared on her mother’s hit spin-off reality show I Love Jenni. Chiquis started her singing career in early 2014, releasing her first single “Paloma Blanca” as a tribute to her mother. Chiquis released her debut album, Ahora, in June 2015, followed by her second album, Entre Botellas in 2018. In April 2015 she released her memoir titled Forgiveness. Born Janney Marin on June 26, 1985 in Long Beach, California, to Jenni Rivera and José Trinidad Marín, she is the granddaughter of actor, singer and composer Pedro Rivera and niece of singers Juan Rivera and Lupillo Rivera. Her siblings are Jacqie Marin, Michael Marin, Jenicka Lopez and Johnny Lopez. In 2019, she married Lorenzo E. Méndez Ronquillo.