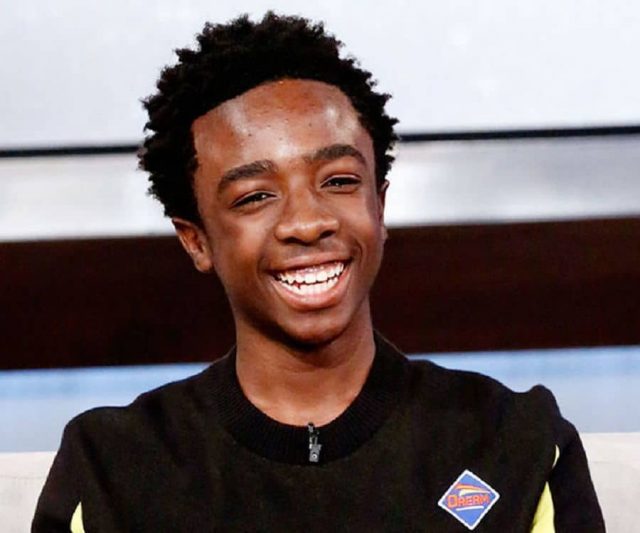 Caleb McLaughlin’s height and other measurements are visible in the table below. Check it out!

Caleb McLaughlin is an American actor and singer, best known for his role as Lucas Sinclair in the Netflix science fiction horror web television series Stranger Things. He played Jay-Jay on NBC’s Shades of Blue starring Jennifer Lopez. In 2017, McLaughlin appeared as young Ricky Bell in the BET miniseries The New Edition Story. Born Caleb Reginald McLaughlin on October 13, 2001 in Carmel Hamlet, New York, to parents April and Corey McLaughlin, he has two sisters named Caitlyn and Crystal and a brother named Corey McLaughlin Jr. He studied dance at The Harlem School of the Arts (HSA). He began his acting career when he appeared in an opera called Lost in the Stars in Cooperstown, New York at the Glimmerglass Opera House. He then appeared as “Young Simba” in the Broadway musical The Lion King.