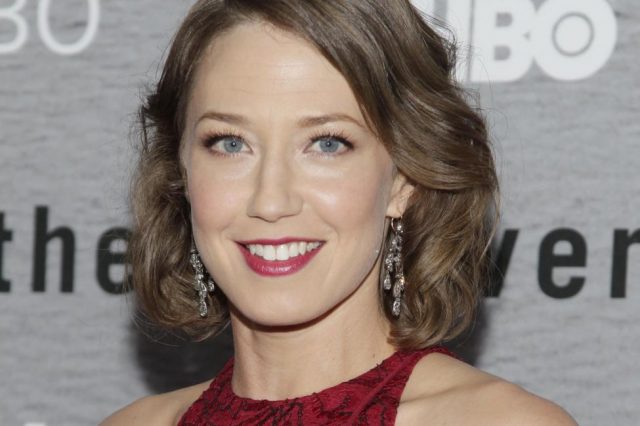 Carrie Coon’s weight and other measurements are visible in the table below. Check it out!

Carrie Coon is an American actress of film, television, and theatre. She is best known for her portrayal of Nora Durst on HBO’s The Leftovers, and for her role as Gloria Burgle in the third season of the FX anthology series Fargo. In 2010, she was cast as Honey in the Steppenwolf Theatre Company production of Who’s Afraid of Virginia Woolf?, for which she was nominated for a Tony Award. Her notable film appearances include: Gone Girl, The Post, and The Keeping Hours. In 2018, she played Vera Walker in the second season of The Sinner. Born Carrie Alexandra Coon on January 24, 1981 in Copley, Ohio, USA, to parents Paula and John Coon, she belongs to German, English, French, and Slovak-Hungarian descent. She has an older brother, an older sister, and two younger brothers. After graduating from Copley High School in 1999, Coon attended University of Mount Union, graduating in 2003 with a B.A. in English and Spanish. In 2006 she earned her Master of Fine Arts degree in Acting from the University of Wisconsin–Madison. Coon began her career in regional theater and made her television debut in an episode of The Playboy Club in 2011. She has been married to playwright and actor Tracy Letts since September 2013. Together they have one son, Haskell Letts.

I always liked church. I was one of those kids who was desperate for the statue of Mary to talk to me, which is a very egotistical approach to your faith. I just wanted somebody to pay attention to me.

I didn’t grow up knowing actors’ names, and my parents weren’t theater people.

I’m from a family with five kids in it, and my father almost became a Catholic priest. And my mother never went to church, but she’s the best Christian I know. My siblings have all chosen different paths to or away from their spirituality.

I really have the good fortune that the actors who work with me on ‘The Leftovers’ are thoughtful, hard working, open people and generous people.

I have this idea of myself as this quiet, observant, thoughtful child, which my parents roundly contradict. They claim that I was loud and bossy and dancing all the time.