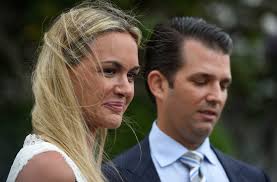 Vanessa Trump’s height and other measurements are visible in the table below. Check it out!

Vanessa was born December 18, 1977 in New Yok City, New York as Vanessa Kay Haydon. She had a career as an actress and as a model although she gained the most recognition as a wife of Donald Trump Jr. Vanessa played for example in a romantic comedy Something’s Gotta Give. She and the son of the current US president were married since 2005 and it looked like an idyllic relationship for a long time. So the rumors about the divorce in 2018 came as a surprise. The tabloids speculated that her husband was cheating on her with a Celebrity Apprentice contestant Aubrey O’Day. It looks like this affair was fatal to their marriage.