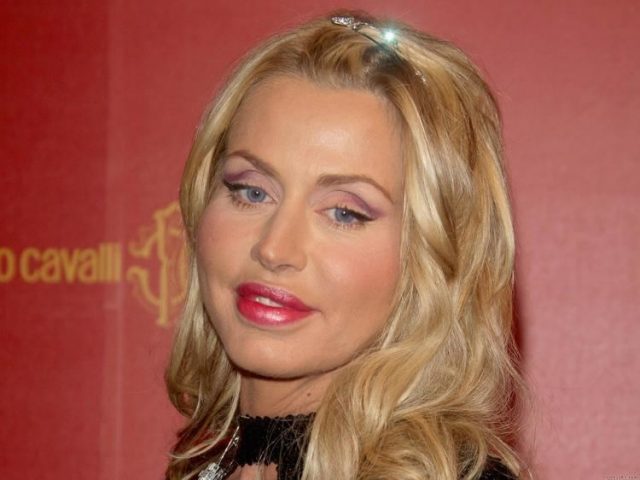 Valeria Marini’s height and other measurements are visible in the table below. Check it out!

Valeria Marini is an Italian model, showgirl, actress and fashion designer. She has been featured on the cover of magazines such as Play Men, Maxim, Vip Party, Fox, Panorama, Diva, and Amori, among others. She made her film debut in the 1987 movie Cronaca Nera, and made her debut in theatre with the comedy I ragazzi irresistibili, in 1991. She debuted in television with the show Luna di miele in 1992. She was nominated to present the Festival di Sanremo with Mike Bongiorno and Piero Chiambretti in 1997. In 2010 she co-hosted the television programme I raccomandati, with Pupo, Georgia Luzi and Emanuele Filiberto. Valeria has also appeared in the series such as Bucce di banana, Champagne, Rose rosse, Viva le italiane, Miconsenta, and Barbecue. Born Valeria Virginia Laura Marini on May 14 1967 in Rome, Italy, to Gianna Orrù and Mario Marini, she was raised in Cagliari. She started her career as a fashion designer, and competed in the reality show Reality Circus in 2006. She was married to Italian businessman Giovanni Cottone from 2013 to 2014.