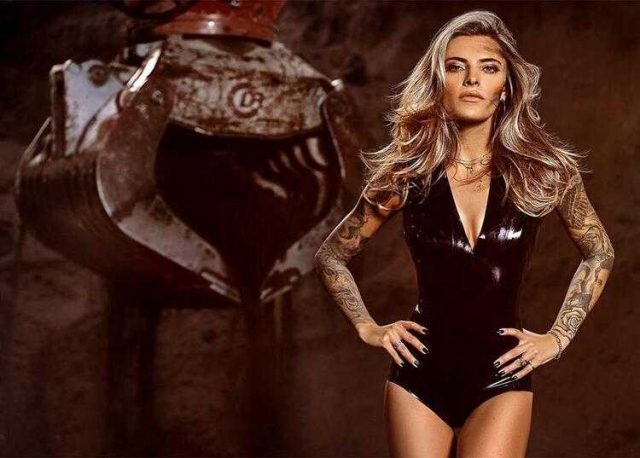 Sophia Thomalla’s height and other measurements are visible in the table below. Check it out!

Sophia Thomalla is a German actress, model and presenter. She is known for the television work on series such as Der Bergdoktor, Commissario Laurenti, Eine wie keine, Die Dreisten Drei, and Der letzte Bulle. She was the winner of Season 3 of the German series Let’s Dance with her partner Massimo Sinato. Thomalla also appeared in the German edition of Playboy in the May 2012 issue. Born on October 6, 1989 in Berlin, Germany, she is the daughter of actress Simone Thomalla and André Vetters. She lived in Berlin until she was 7 and moved to Cologne with her mother. She attended the Constantin School for Acting, Dance and Singing in Bochum from 2007 to 2009. Her first television appearance was in 2006 as the daughter of Barbara Rudnik and Henry Hübchen with television director Sigi Rothemund in the ARD crime series Commissario Laurenti. From April 2011 to November 2015, Thomalla was in a relationship with Till Lindemann, Rammstein frontman. In March 2016, she married Norwegian singer Andy LaPlegua but they divorced in May 2017. In 2017, she began dating rock singer Gavin Rossdale. However, they broke up in 2018. In 2019, she began dating German soccer player Loris Karius.